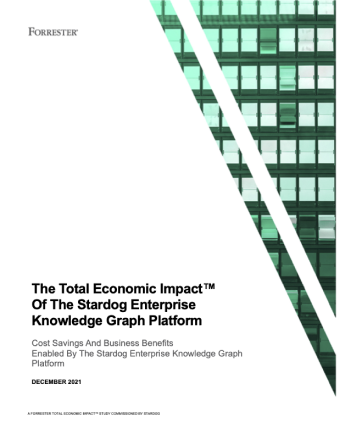 The upcoming Stardog 2.1 release improves query scalability by about 3 orders of magnitude and can handle 50 billion triples on a $10,000 server.

Much of the performance improvement comes from taking care with concurrency and reducing thread contention, especially during bulk data loading (i.e., initial database creation with large amounts of data being added at creation time). We’re avoiding more locks and using more non-blocking algorithms and data structures a lot more often. Moving for example from BitSet to ConcurrentLinkedQueue helps, even though the former is more space efficient than the later. We’re also using ThreadLocals more aggressively to reduce thread contention and avoid synchronization. As loading performance improved, several LRU caches became problematic since evictions were being swamped by additions. Batching evictions in a single thread helps but increases memory pressure and GC times.

Stardog hashes URIs, bnodes, and literal values for storage in a mapping dictionary; previously we used the 64-bit MurmurHash because it’s very fast, has low collision rate, and lets us store values as longs. When handling collisions and cache misses, disk accesses are required; at scale these random disk accesses are too expensive. Moving to SHA1 is perhaps non-intuitive since the hash size goes from 64 to 160 bits. But since that makes hash collision practically impossible, we’re able to achieve significant speedups—it also simplifies the mapping dictionary significantly.

Before 2.1, we were using mmap aggressively during loading in order to use the operating system’s VM, memory management, etc. But memory mapped files in JVM are notoriously crappy (unmap!), and we’ve seen frequent JVM crashes when we had a lot of memory mapped files around. Not good.

We also realized that memory mapped files were causing performance slowdowns when there was more than 64GB of RAM available. And since we have no control over when memory mapped files were flushed to disk, that was typically happening too often. But keeping this information on the Java heap was never a viable choice at scale because of GC processing. Stardog 2.1 moves to an off-heap memory allocation scheme, which gives us very fine-grained control over disk flushes, uses available system memory more efficiently, and is (roughly) as fast as memory mapping.

Finally, to significantly improve loading performance we needed to do something about GC costs, which are important in bulk loading because of high rate of object creation and destruction. Using immutable objects makes it possible to improve concurrency but with the overhead of additional garbage being created. Tuning the GC knobs and buttons didn’t really help appreciably. We’ve addressed the GC processing costs by reworking places where we were unnecessarily creating objects. That kind of careful software engineering is aided by the relatively small size of the Stardog code base. It’s like engineering works or something!

This careful software re-engineering included, for example, delving into the guts of the RDF parser to use a single StringBuilder that was continuously reset rather than creating new builders for each RDF value. We also reduced the amount of cache use on the heap to relieve memory pressure. We now see GC pauses taking 1% or less of the overall bulk loading time.

For a 5M triple database, this query produces 18,362,955 (!) results and the DISTINCT keeps them in memory. Unworkable at scale. Stardog 2.1 addresses this issue by reusing the new off-heap memory allocation scheme. A small heap doesn’t work; and GC processing kills you with a large heap, so we just avoid the heap instead. Yes, that means we have to manage memory manually, but that’s actually achievable in a JVM application. We implemented a memory manager based on various JVM internals; it’s responsible for allocating (and deallocating) data used during query evaluation, including holding intermediate query results. It manages the heap outside the JVM and will flow to disk when needed. The new memory manager also performs some static analysis of the query using database statistics to guide its behavior.

No public APIs were harmed in the creation of the new scalability improvements. See this slide deck for an overview of some other changes in Stardog 2.1.

Earlier today we released Stardog 1.2 which you can download for evaluation right now.

We’re happy to announce the release of Stardog 0.9, the first feature-complete version of Stardog.